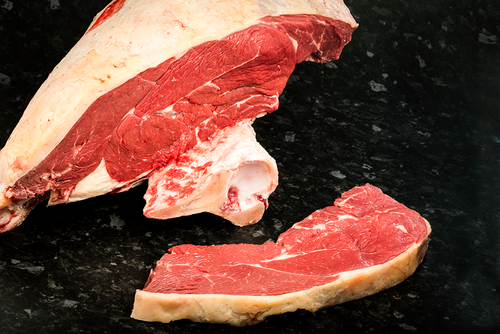 Although this is a prime cut, it’s cheaper than fillet or sirloin because it’s not quite as tender. However many say that it has a far superior flavour than sirloin or fillet. Rump is suitable for quick cooking such as frying, stir-fry, grilling or the barbecue. The popular Brazilian steak “Picanha” is taken from the top section of the rump.

Ribeye on the Bone